The latest government research policy has a clear focus on innovation and touches upon the role of university-associated holding companies. The government expresses its intention to review the focus of holding companies and to bring suggestions forward to the parliament. I believe that in general the innovation support is too fragmented and undercapitalized and we should deepen the collaboration within the sector to gain critical mass and to share the responsibility, similarly to how the sector has realized the need to collaborate and share responsibility for infrastructure.

Innovation is one important way for universities and other higher education institutions to collaborate with and have an impact on the surrounding society at large. Government is urging universities for increased outreach, collaboration and societal impact. This was evident in the latest government research policy and also in a government commissioned report from Vinnova, exploring the possibilities of directing part of the direct government funding on the basis of measuring collaboration performance. While agreeing with the overall purpose of stimulating collaboration, it is our opinion that the government is starting at the wrong end and should instead look more into eliminating obstacles to increased collaboration. Last week, six university rectors expressed our concerns in a debate article in Svenska Dagbladet (article in Swedish only).

As KI’s acting vice-chancellor, I am a member of the board for the KI-related holding company, Karolinska Institutet Holding AB. We recently appointed Anders Flodin KIHAB interim CEO, following the resignation of Magnus Persson. Anders has been in the group since 2006, as CEO of Karolinska Institutet Housing AB, and is well acquainted with the KIHAB group and its subsidiaries. As CEO, Anders is expected to review the activities and organization of the KIHAB group, to generate conditions for a cost- and operationally effective corporate structure, in accordance with the owner’s directives and the board’s vision. 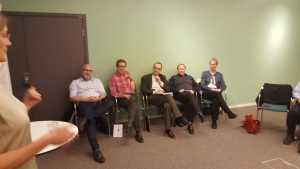 Meeting with the staff at Karolinska Institutet Innovations AB 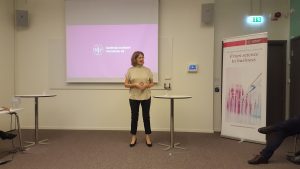 KI Innovations AB (KIAB) is an entity within KIHAB, and the first instance of the overall commercial innovation system. Researchers with ideas or projects with a possible commercial potential are offered professional support.

Monday 13 February, myself and the university director Per Bengtsson was invited to KIAB to get an update on their operations. It was a very interesting hour where we were presented with examples of the diverse repertoire of projects that have received coaching by the KIAB staff. We were presented with examples of both projects aimed at early drug target discovery and other projects that had progressed further into the drug development phase. But we were also presented with very different projects where novel digital tools can be used in diagnosis and to save lives.

On Thursday, we had the annual ceremony for honouring those who have served as government employees for 30 years, the award is called “Nit och redlighet i riketsikets tjänst (NOR)”, similar to ” Royal Medal for Zeal and Probity in the Service of the Kingdom”. As acting vice-chancellor it is a great honor to participate in a NOR-ceremony and honor employees who devoted 30 years of their lives in service for the government. I am also very grateful to the staff of our ceremony unit that with extreme professionalism prepares and completes our ceremonies, and to the photographers for producing memories of happy and important moments. 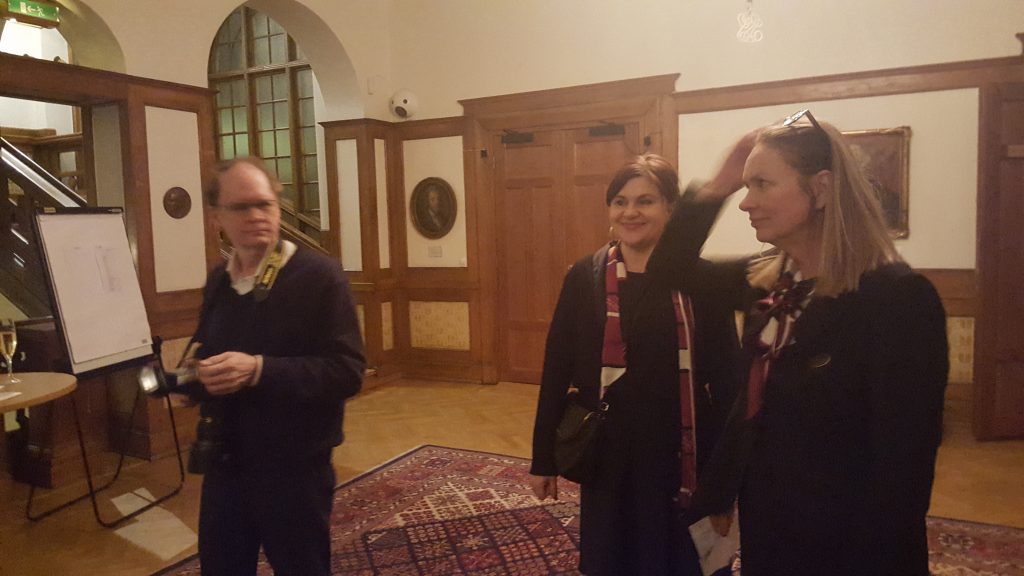 Photographer Ulf Sirborn together with staff from Unit for Academic Ceremonies: Karin Björklund-Jonsson and the Head of the unit, Ylva Blomberg

Today we celebrated the opening of the Center for the Advancement of Integrated Medical and Engineering Sciences (AIMES). This center – located in Biomedicum – aims to develop new breakthroughs […]